Firelands Computer Services has been serving the Ohio area since 2007, providing IT Support such as technical helpdesk support, computer support and consulting to small and medium-sized businesses.
Categories
Tags

Passkeys could improve the way you work, forever

Back in May, we heard there would soon be a successor to the password – the Passkey.

Now, we’re hearing that Apple will start rolling out Passkeys in the next few months in iOS 16. And we’re excited.

Though it’s caused a bit of confusion. Apple is going to great lengths to market the Passkey, and understandably, people have assumed that it’s a feature exclusive to Apple.

That’s not the case.

In fact, Passkeys will be used in a joint effort to boost online security by Apple, Microsoft, and Google. The reason Apple is promoting this new feature so hard is to get the message out there.

Microsoft and Google are also keen to spread the word so that people understand how Passkeys work.

The more people take advantage of Passkeys, the safer our businesses are online.

Passkeys – otherwise known as FIDO authentication – work by letting you log into an app or website with just your username and your pre-authenticated device, most probably your phone.

Your device generates a cryptographic token, which makes the second part of a cryptographic key pair. When the pair matches, you’re allowed access to the app or website.

What that means in practice is when you’re logging in, you just use your phone to prove its really you. You’ll just unlock it using your face, fingerprint, or PIN.

So long as your phone is within Bluetooth range of your computer it will work.

It’s a far more secure way to access apps and keep your accounts safe from cyber criminals. You never see your cryptographic token, so it takes away a lot of the danger of having your login credentials stolen.

Cyber criminals will be unable to use their normal tactics – such as phishing emails, brute force attacks, or key loggers – to steal your credentials.

If you use Windows Hello, you’ll see that Passkeys are already supported. And it won’t be long until all three tech giants roll out support across their entire product range.

Before then, if you’d like any help or advice on keeping your apps and accounts safer, just give us a call.

Published with permission from Your Tech Updates.

Is working from home really good for your business...

Jeff has been working in IT for 18 years, service as an IT Director for a non-profit before starting with Firelands IT Services. He now oversees the daily field operations and advanced projects at Firelands IT Services. Jeff has also been a member of the advisory board for the IT course planning for a local community college. Jeff is also a member of the Board of Directors for the National Society of IT Service Providers (nsitsp.org)

No comments made yet. Be the first to submit a comment 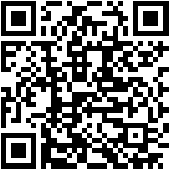 Passkeys could improve the way you work, forever
Back in May, we heard there would soon be a successor to the password – the Passkey. Now, we’re hearing that Apple will start rolling out Passkeys in the next few months in iOS 16. And we’re excited. Though it’s caused a bit of confusion. A...
Read More

Learn more about what Firelands Computer Services
can do for your business.